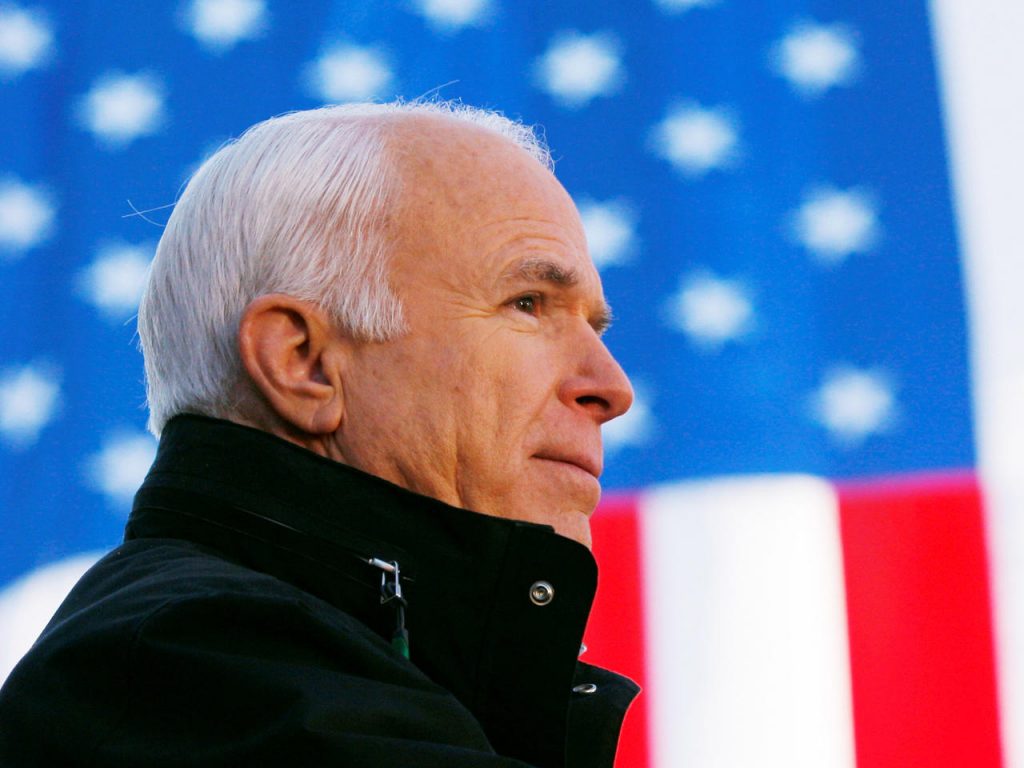 Senator John Sidney McCain, Ill- a true American Hero. Mere words cannot do justice to a man who gave his all to his country and the citizens of the United States of America. He served his country with courage, honor, and valor as a fighter pilot in the Vietnam War. He spent almost five and a half years in a horrible prison as a prisoner of war. While in captivity, he was tortured. Yet, when he was afforded the opportunity to be released from that "hell hole known as Hanoi Hilton," he remained a captive because he did not want to be released before many of his captive comrades, who had been imprisoned much longer than him. How many of us could have risen to that level of integrity in the face of such danger and despair? Very few of us. Very few of us.

As a United States Senator, John McCain, was not afraid to cross the aisle to lobby for support from the Democrats. McCain knew that the Congress and the Senate are there to serve the people for the good of the United States, not the politics. McCain knew that as a democracy, we must enact laws for the benefit of all and not just a few. McCain embraced the fact that America's diversity gave the country its strength and it citizenry success. You can be English, German, French, Spanish, Mexican, African, Brazilian, we can go on and on-the point being, given the opportunity, you can still become an American. You can be rich, poor, educated, uneducated, privileged, not privileged, the world knows the United States of America will give you the opportunity to be "all you can be." This is what sets us apart from other nations and makes America strong and the land of opportunity. McCain knew that for America to grow and continue to prosper, we must encompass all peoples of the world who want to share in America's success-not just people who looked like him.

America grew out of people who left a land where there was "no religious freedom." The right to engaged in the worship of your choice was one of the corner stones upon which our founding fathers built this democracy. You can be Christian, Episcopalian, Catholic, Buddhist, agnostic, Muslim, Church of Scientology, Evangelical, whatever religion to which you espouse-and still be an American. John McCain understood the necessity of the principles of religious freedoms.

During his entire life of public service, John McCain lived his life with love and honor for his country, courage, integrity, honesty, dignity, and civility. He fought for justice for all and placed the needs and service of others before himself. He adhered to a code of conduct that could not be measured with money, but with character, respect, distinction, and honor. Even those who were not always in agreement with McCain's ideas and legislation, admired, respected, and honored him for who he was-a true American Hero.