One late afternoon I received a telephone call from a woman who had just lost her daughter in a tractor-trailer crash. The mother of the deceased young woman was crushed. The decedent had four small children, ages 6, 5, 2, and 10 months old at the time she was killed. Even more devastating, the driver of one of the tractor-trailers was the father of the two youngest children. He has asked the decedent to ride with him on his route that fateful day. The decedent’s mother, and the children’s grandmother, was caring for her grandchildren when she received the news that her daughter had died in the horrible crash.

The case was settled for $4.25 million the day of trial. However, since the children were so young it was decided that the children would be best with a structured settlement. Therefore, the funds were used to purchase annuities for each child. As a result the total pay out would be approximately $27 million over the projected life of each child. The case was resolved in 2001.

Last year I received a call from one of the children. To my chagrin, the “young adult” had SOLD THE ANNUITY FOR APPROXIMATELY $75,000.00 about a year prior to calling me. Previously, the annuity was paying the “young adult” monthly, with the person receiving approximately $2,500.00 a month for life. The “young adult” admitted they had been “influenced by friends and some relatives” who wanted money “NOW.” The individual was remorseful. My question to the young adult, “Why did you not call me before you sold your annuity?” The young adult was unable to provide me an answer.

The moral of this story? No matter how hard you try, you just cannot save some people. As an attorney, I do my best to protect my clients from harm, but some people are determined to “jump over the cliff” no matter what. And then they come back to me and say, “Attorney Page, you told me so. You told me exactly what would happen if I continued to pursue that course of action.”

If you are seriously injured due to no fault of your own, get medical attention first. Call Page Law Firm, P.C., second. Do not discuss the crash or your claim with anyone, until you consult an attorney who is qualified to represent people who are injured due to no fault of their own. I have been representing the injured for approximately thirty-eight years (38). Call me today. It is my mission in life to help you get the justice and compensation you deserve. 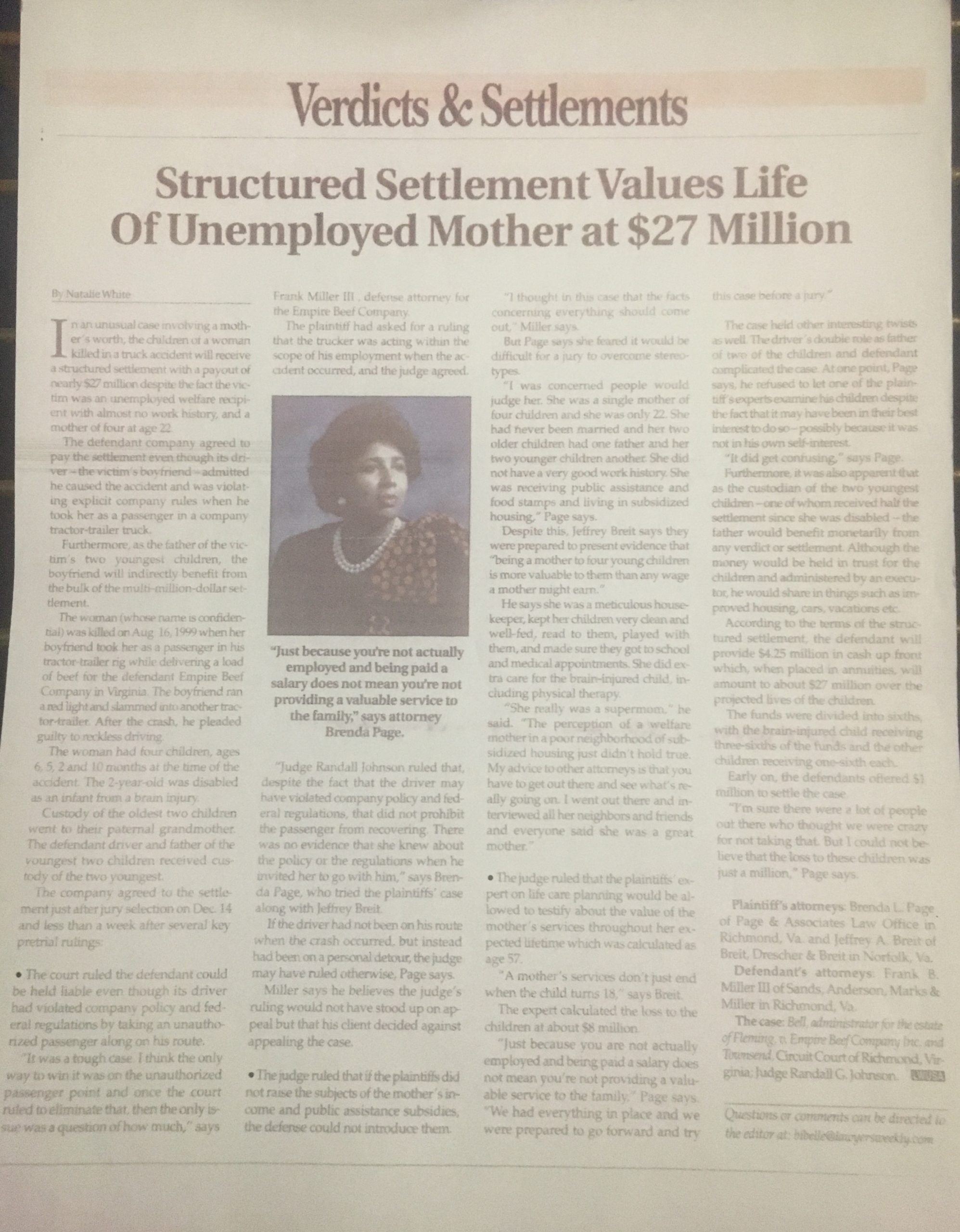